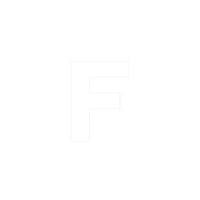 During the summer of 2017, a total solar eclipse would become visible over skies across the USA. Director Jordan Findlay took it upon himself and his team to embark on a journey across states and landscapes to document the event.

Through the lens of the eclipse, the team captured a story about escapism, mindfulness, and the meaning of self.

From the director:
Search is a project which depicts a character's journey towards emotional liberation through his travel from the rigid confines of an urban sprawl into the unknown depths of nature. It seeks to encapsulate the freedom of giving yourself up to the current of life and allowing it to push and pull you past a state of resistance and into one of release.

In creating the piece, we wanted a constantly changing landscape to play as a framework for our character's own transition. Our approach was to take a skeleton crew on a long road trip throughout British Columbia, Washington, Montana, and Idaho and to allow ourselves the ability to be flexible and film whenever and wherever we felt inspired by the environment around us. This careful mix of preparation with creative spontaneity gave us a product that tried not to feel overly polished. It was both an exercise as well a statement against the mental block often felt by trying to craft something with too much intent before production.

We wanted the piece to find it's root in the fear, frustration, and joy experienced by ourselves on the trip. We wanted it to reflect the open road and ever changing world we encountered. We, like our character, searched.

Jordan was born and raised in British Columbia and began creating films at a young age. He has worked in the lighting department alongside some of North America’s most highly regarded directors and DP’s on ambitious commercial and narrative projects. Jordan brings a unique mix of intuitive creative ability and technical experience to his work.